Indigenous Protected and Conserved Areas (IPCA) are crucial to fighting climate change and to mitigating losses in global biodiversity. Drawing from geospatial data, potential areas for IPCA designation cover approximately, “38 million km2 in 87 countries” around the world. Although IPCAs are varied, they share common characteristics, including enhancing Indigenous rights and responsibilities and a commitment to Indigenous stewardship.

As noted in the 2018 report We Rise by the Indigenous Circle of Experts: “IPCAs are lands and waters where Indigenous governments have the primary role in protecting and conserving ecosystems through Indigenous laws, governance and knowledge systems. Culture and language are the heart and soul of an IPCA.”

In 2017, Mary Simon, Canada’s Special Representative of Minister of Indigenous and Northern Affairs Canada indicated in the report A New Shared Leadership Model that there is strong link between Arctic conservation and healthy community building, with a crucial role for Inuit environmental stewardship programs to uphold “an Indigenous vision of a working landscape.” The notion of a “working landscape” shows how IPCAs can also be recognized as having a crucial role in sustaining Indigenous local economies. The Arqvilliit Indigenous Protected Area, which includes the Inuit community of Inukjuak on Hudson Bay, relies on Indigenous-led monitoring and conservation efforts to address climate change impacts such as melting sea ice, the decline of polar bear and seal populations, and reduced access to country food.

More recently, the Kaska Nation has proposed the Dene K’éh Kusān, otherwise known as the Kaska Indigenous Protected and Conserved Area (KIPCA) which would further support Kaska Dena stewardship practices based on “honouring cultural responsibility to care for the land.” Dene K’éh Kusān means “Always Will Be There” in Dene language. Indigenous stewardship draws from Traditional Indigenous Knowledge in environmental conservation. The Dane Nan Yḗ Dāh Network, which is the Kaska Land Guardian network, plays a key role in sustaining Indigenous stewardship and co-management practices from one generation to the next, and is rooted in Kaska cultural and value systems.

In another example, the Australian Government has given Indigenous Protected Areas (IPA) a “specific designation” within the country’s legal framework for conservation management, where cultural values are recognized as integral to long -term conservation planning practices. IPAs are also recognized as Indigenous country,  whereby “country” refers to “land and waters that have enduring cultural, social, and economic linkages for Aboriginal and Torres Strait Islander (TSI) peoples.” Indigenous governance by Aboriginal and Torres Strait Islander peoples is also a crucial component to Australian Indigenous Protected Areas. Enhancing and supporting the network of Indigenous Rangers through ‘Country Needs People’ is also vital to sustaining cultural and ecological Indigenous-led conservation practices in Australia. Aboriginal title, as proof of land “ownership,” is a crucial requirement for inclusion in Australia’s Indigenous Protected Area system.

Despite these encouraging developments, there is so much yet to learn about Indigenous Protected and Conserved Areas from the standpoint of Indigenous knowledge keepers around the world. 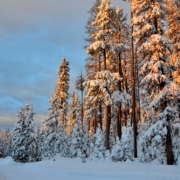 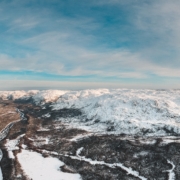