A key sign of how seasons are shifting is the increase in global temperatures. According to the National Oceanic and Atmospheric Administration (NOAA), Earth’s “combined land and ocean temperature has increased” at an average rate of 0.18 degrees Celsius per decade since 1981. The 2018 IPCC Special Report on Global Warming produced the target of 1.5 degrees Celsius, to limit global warming. In 2021, global warming was a key topic for discussion at the COP26 conference where global efforts to reduce greenhouse gas emissions were highlighted.

More evidence of changing seasons is noted by shifts in plant hardiness zones. A plant hardiness zone is a specified geographic area with a certain range of annual minimum temperatures which are vital for plants to survive. Maps of plant hardiness zones in Canada and the United States are showing that the zones are creeping northward over time. This shift can have an impact on the length of the growing season, rapid adjustments to agricultural practices and to farmers’ crops, and access to food year-round. In turn, urban agriculture projects and residential gardens are also affected.

Even a slight increase in temperature has an impact on the start of each season. For example, spring thaw happens earlier and pushes the onset of the first frost. Ultimately “winters are shorter, spring is earlier, summers are longer, and fall arrives earlier.” The phenomenon of “false spring” is also witnessed in North America, more frequently in recent years than in previous decades. False spring happens when temperatures rise suddenly and cause plants and trees to bud and bloom too early, making them vulnerable to the still-present risk of frost. A report by the US-based National Atmospheric and Space Administration (NASA), from almost 20 years ago, had signaled that “regional thawing trends” in North America were “advancing almost one day a year since 1988,” and “[had] the potential to alter the cycle of atmospheric carbon dioxide intake and release by vegetation and soils across the region, potentially resulting in changes in Earth’s climate” and reflects current phenomena.

Changing seasons in Northern communities reveal how earlier spring thaws trigger permafrost thaw and sea ice retreat and ultimately, coastal erosion. When permafrost thaws, the ground becomes permeable and the ensuing degradation has destructive impacts on infrastructure, such as on roads and buildings, and on sustainable development efforts too. Furthermore, while engineering solutions to these problems exist, they are also costly.

Coproducing knowledge with Indigenous communities can offer crucial insights, not always shown in high-resolution maps of coastal erosion, of permafrost degradation, and of the progression of spring thaws over time. Documenting the experiences of Indigenous elders who witness climate change will also help to paint a clearer picture of the impact of changing seasons on plants and wildlife. 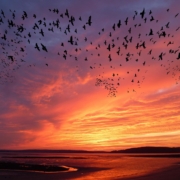 The Vulnerability of Birds to Climate Change Effects 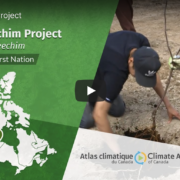 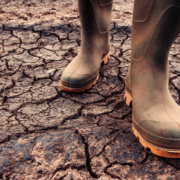 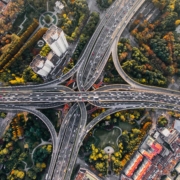 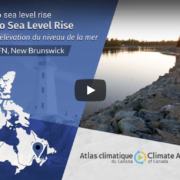 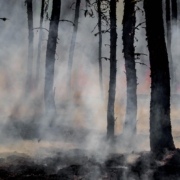 The Changing Regime of Wildfires
0 replies