Threatened by the effects of climate change, such as coastal erosion and rising sea levels, Indigenous people are being forced to relocate their communities and risk loss of their culture. The Intergovernmental Panel on Climate Change (IPCC) estimates that by 2050, there will be 20 million people displaced due to climate change.

Migration is often presented as a last resort climate change adaptation strategy for Indigenous peoples, and while the loss of culture, due to forced relocation, is evidenced, it is also difficult to quantify in ways that policymakers can appreciate. For example, when the US government was unable to protect several Alaskan Native American communities to remain in place and to adapt to thawing permafrost and reduced marine life, these communities were forced to relocate. In turn, the Climate Justice Resilience Fund and their international allies attempted to shed light upon losses to culture brought by forced migration, and advocated to the signatories of the Paris Agreement to develop rules to prevent such losses.

Rising sea levels caused by global warming are threatening to displace more Indigenous people living on island nations, such as Tuvalu, located in the South Pacific Ocean, just 4 or 5 meters above sea level.  Similarly, the Lennox Island Mi’Kmaq First Nation located in Prince Edward Island, Canada, is adapting to rising sea levels and potential land loss. Their efforts are being supported by research with the Mi’kmaq Confederacy of Prince Edward Island and data drawn from the University of PEI’s CLIVE tool to track the loss of land fallen into the sea and to adapt to the rapid rate of soil erosion. As another source of information on climate change planning, the PEI Climate Change Action Plan 2018-2023 helps communities to assess how to plan for the erosion of coastal lands; however, it does not address climate change-related Indigenous migration due to land loss and related cultural impacts.

Grassroots coalitions across not-for-profit, religious organizations, human rights organizations, and Indigenous communities have convened discussions to put forward Indigenous-led solutions to climate change adaptation. They also consider how to mitigate the violation of human rights related to climate-forced migration. In turn, it is vital to learn from the experiences of Indigenous peoples to humanize the impact of climate change effects and to consider how communities are simultaneously addressing the environmental impacts of climate change and the pressures of climate-forced relocation. 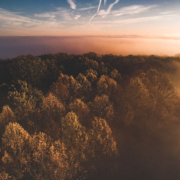 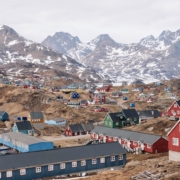 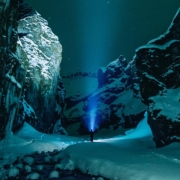